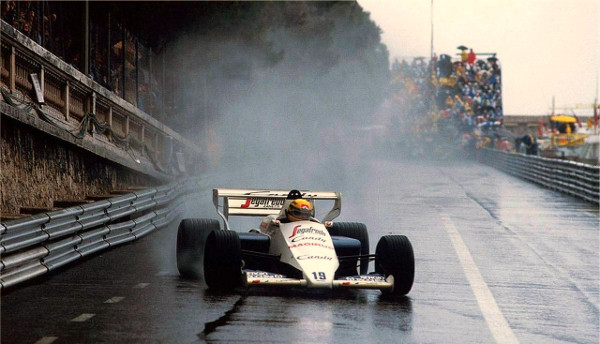 This is the year of Formula One debut of Ayrton: in torrential rain, he brings his Toleman up to an incredible second place surpassing the best drivers, including Niki Lauda and KekeRosberg. In each lap the Brazilian recovers several seconds on the winner Prost; then, the race was interrupted because of the plenty of water on track.

After winning the pole position, Ayrton dominated the race at Estoril under a deluge, and in this way, he wins the first race of his extraordinary career in Formula 1. 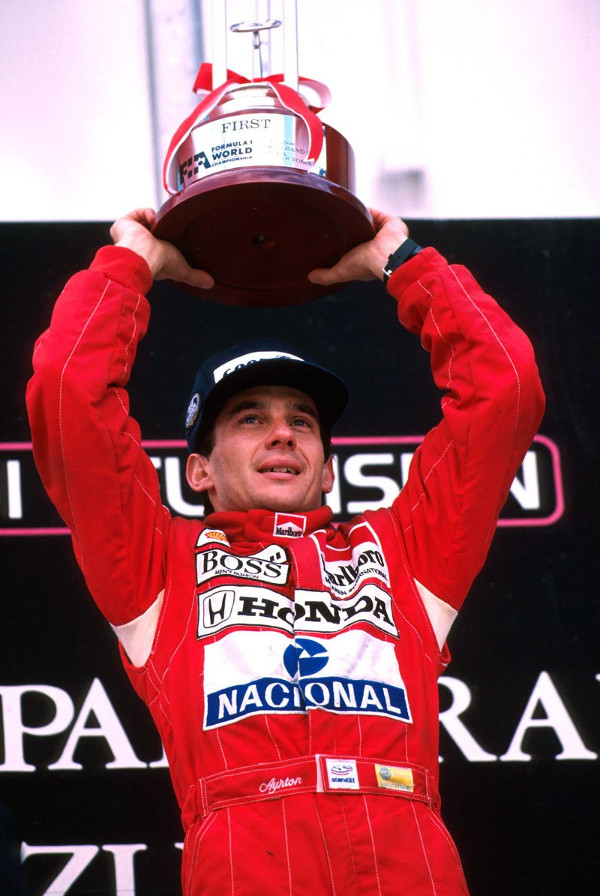 At the start, Ayrton did turn off the engine thus finishing at the fourteenth place, while Prost is at the command followed by Berger and Capelli. Meanwhile, it has begun to rain and Ayrton, after a great comeback, surpasses Prost during the 28th passage; the Brazilian is much faster than him: he wins the race and the world title.

The rivalry between Alain Prost and Ayrton Senna is very high, even if they are teammates. They play for the title and, during the penultimate round of the season tension leads them to a duel over the regulation: at six laps from the end, Ayrton tries to overtake the French, but they clash and their cars stop. Commissioners convince the Brazilian to continue the race, and finally he wins; but when it seemed he had took the victory, the Federation disqualifies him for having cut the chicane and Prost is world champion.

It is the same thing of the previous year, but with the reversed roles: if Alain Prost goes out of the point-zone, Ayrton becomes mathematically world champion. At the start, the Brazilian hits Prost, taking him off the track: Ayrton is the new world champion. After one year from the victory, in an interview, he will admit the guilt of his gesture.

At the Interlagos circuit, in his native land, Ayrton is determined to win; at the start, he keeps the first position. During the 60th passage, however, it happens an unexpected situation: the change marches locks in the fourth gear. In the remaining laps the car of Ayrton continues to lose all gears except the sixth. He continues to drive until the end of the race with the gearbox locked, but this doesn’t prevent him to win; the great physical effort does not allow him to go out alone from his car. 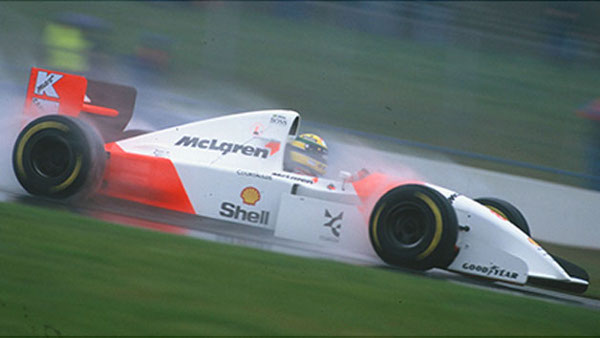 This year is not good for the Brazilian: the McLaren can't compete with the active suspension of Williams, which instead, thanks to the regulation of that year, is manage to dominate the season. Ayrton starts the race by the fourth place at Donington Park, when his favorite situation presents itself: it starts to rain. While everyone decelerates, the Brazilian finishes the race by surpassing totally every opponent during the last laps, except one. This race will be remembered.