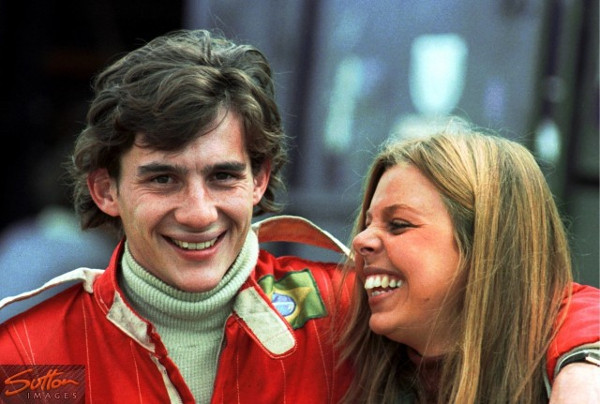 Lilian Vasconcelos: They meet when youn gand, for both of them, it has been the first important love story. In 1981, on the eve of the transfer to England, they get married, but the marriage between the blonde and charming Liliane and the shy Ayrton is tumultuous and troubled: it last sonly eight months. 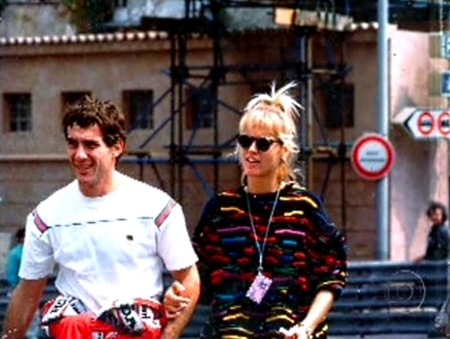 Xuxa Meneghel: Ayrton meets Xuxa on live television during a Christmas program for children where, fresh World Champion, he is a guest. It is 1988. It’s an incredible sequence that has become a cult in Brazil: after the meeting, Xuxa kisses Senna wishing him good 1989. And then, good 1990, good 1991. It stops in 1993. Ayrton Senna dies in 1994. Brazilian consider that a sort of premonition. 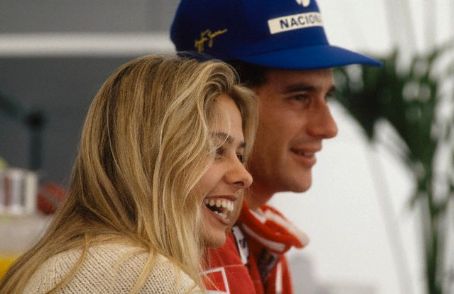 Adriane Galisteu: Adriane meets Ayrton Senna at the Brazilian Grand Prix 1993; then she becomes his girlfriend. The family of Ayrton will never accept her. 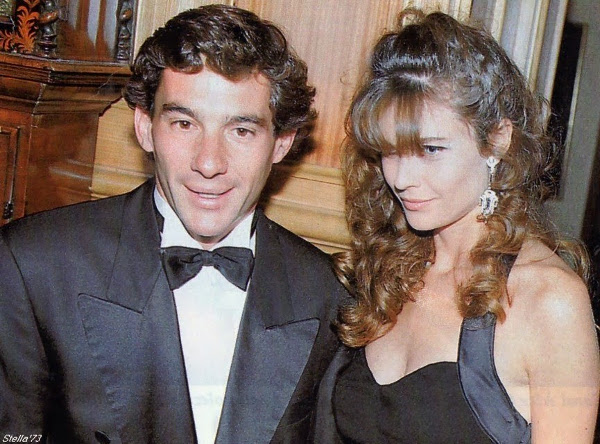 Carol Alt: she meets Ayrton in 1990 at a parade of Gianni Versace, and since that time they will never left more, until that terrible May 1, 1994, when the pilot loses his life in an accident during the Grand Prix at Imola. She is married and Ayrton has an official girl, but this is not enough to keep them away. The top model remembers the champion in an interview : "I miss him every day. My Ayrton was handsome and positive, with his unbridled passion for life. He lived in great emotions. Even if we lived our love story secretly, it was very important for me. We met in 1990 in Milan, both guests at a parade of Gianni Versace: I was married, but my marriage was in crisis, he had an official woman. But the agreement between us was born soon, that same evening. For four years we chased each other in every corner of the world. We also made projects and sooner or later we would come out of the closet. " "In one day everything happened - still remembers Carol Alt - It was May 1, 1994, a damn Sunday.

Surely Ayrton is very desired by women. There are many rumors of some relationships between the champion and some models and actresses. Last but not least, Tina Turner has dedicated to him "Simply the best"...