How the brazilians looked at him? 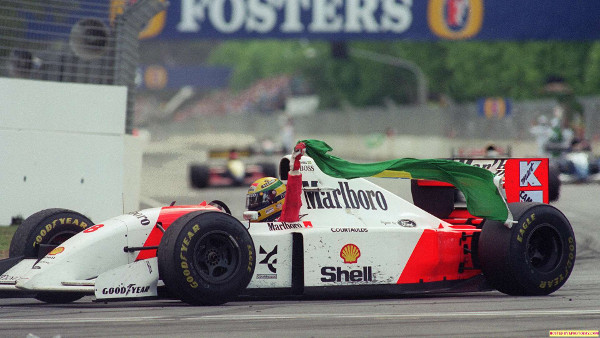 The adoration by Brazilians for Ayrton Senna goes beyond sport: it is something comparable only to that towards the legendary Pelè for football. Hundreds of thousands of people line up for hours to see for the last time the body of Senna and give their last respects before his funeral: it is a tribute to the one who is more than a three-time champion of the Formula 1 World.
Whenever Ayrton waves the green and gold flag to celebrate his victories on the track, the Brazilians are happy to yet another triumph of a local hero who has managed to make a fortune abroad.

tells Galvao Bueno, the voice of the F1 Brazilian television and a close friend of Senna.
His sudden and tragic death in San Marino 20 years ago has shaken the entire country. It is a hard blow to the pride of a generation of Brazilians grown waiting for hearing the national anthem of Brazil after another win of Senna on Sundays.

"His determination, perfectionism, sense of justice and patriotism of Ayrton, a very special person for Brazilians"

emphasizes Bruno Senna, who was just 10 years old when his uncle died on 1 May 1994.

"There is a great longing for unforgettable memories of his passes, his races and his revolutions in qualifying. But there is also the legacy of his personality off the track. He has had success in sports but at the same time was able to become an example also for his lifestyle and his principles. " 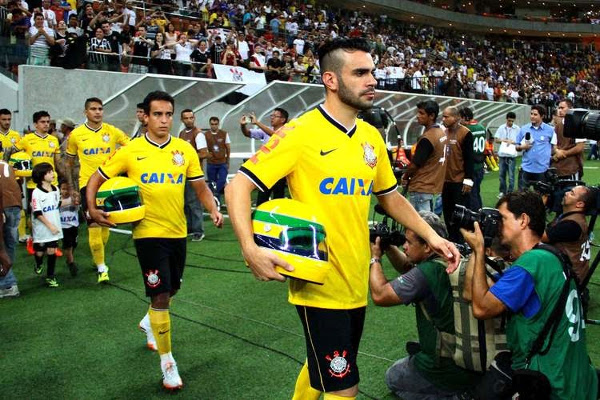 What happened in the days immediately after his death is an example of how he's important for all of Brazil. The government immediately declares three days of national mourning and the same honors of a head of state are been bestowed in Senna; when the news of his death spreads, during a football game, 60 thousand people in the stands begin to sing: "Ole, ole, ole, ole, Senna, Senna".

When his body arrives from Italy, authorities estimate that there will be more than 5 million people into the streets of St. Paul to make their tribute to Senna's coffin; the television pictures shows fans in tears while waving the flags of Brazil at the passage of the funeral procession. 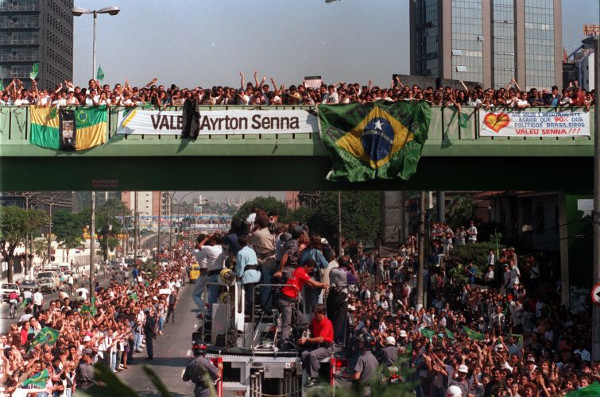 During the funeral of Ayrton, more than 200,000 people stand in line for hours only to stay about 10 seconds in front of the coffin for a final tribute. Many celebrities, athletes and government officials take part at the ceremony, including the Brazilian President Itamar Franco.
About 250,000 people follow the funeral procession to the cemetery with fellow riders Ruben Barrichello, Gerhard Berger, Damon Hill, Alain Prost, Emerson Fittipaldi and Jackie Stewart.