The famous jokes of Gerhard Berger and Ron Dennis 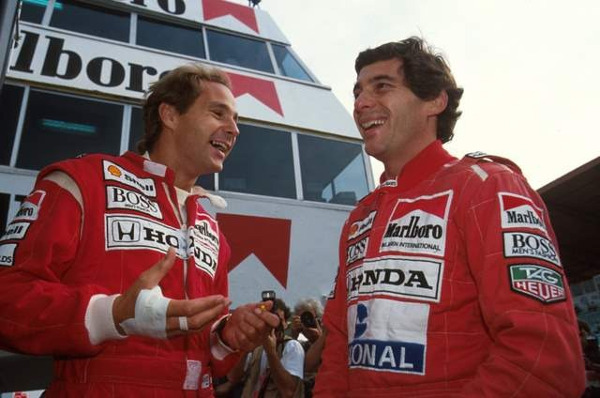 The pilot closer to Ayrton, better able to understand his character, is Gerhard Berger, mate of Senna at McLaren from 1990 to 1992. Intelligent and affectionate, he becomes a true friend of Ayrton and memorable are his jokes made to him, below some found around the net.

One day, in Monza, Berger throws the new suitcase of Ayrton from a helicopter in flight, and being made up of carbon fiber, according to the Brazilian, it would have to be indestructible. The suitcase is found intact near the circuit of Brianza.

On another occasion, in a room of an Australian hotel, Berger filled the bed of Ayrton with animals. Ayrton rebukes enraged his mate saying:

"I have spent the last 12 hours to catch frogs in my room!"

"Did you find the snake?"

The same Berger then explaines:

"There were frogs, were larger, more like toads. In Australia they have this kind of animals. I thought that he would like animals, but clearly it was not so."

The accident transforms in a desire for retaliation for Senna: the Brazilian put a form of French cheese (with overwhelming smell) in Berger's room.
On another occasion, Senna and his compatriot Mauricio Gugelmin decide to fill the shoes of Berger with shaving foam, while they are all together in traveling on a fast train in Japan, to go to a dinner party. This forces Berger to present himself at the appointment with sneakers matched to dinner jacket, and the Austrian promises his revenge. A few days later, at the Japanese Grand Prix, Mauricio is approached by Joseph Gugelmin Leberer, the nutritionist of the McLaren team, who offers him fresh orange juice. Suspicious, Mauricio declines the offer, saying then:

"An hour before the race he had crushed four sleeping pills into the juice that sent me. The cars would roar on the track and I would have stayed to snore in my car, Can you imagine? "

Best known is probably an incident in which Berger replaces the passport photo of Senna with what Ron Dennis describes as "the equivalent of male genital organs." The fame of Senna allows him to see rarely his passport confiscated, but in a subsequent trip in Argentina, the joke of Berger costs at Senna the imprisonment for 24 hours. As a result, Senna pastes with a glue all credit cards of Berger together. 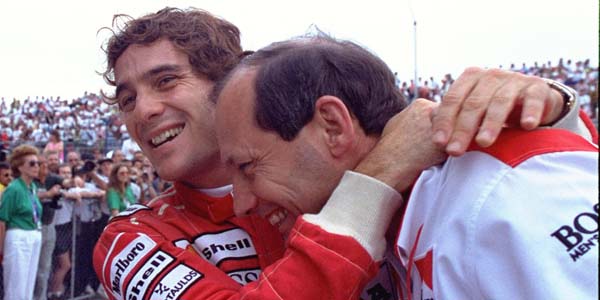 Ron Dennis, the boss, is the victim of a prank by Gerhard. One year, in Monza, Dennis returns to his hotel room in the luxurious five-star Hotel Villa d'Este, to discover that it has been plastered with pornographic images. "Needless to say, when one of our group was back in his room that night he found nothing, really. "No furniture, no clothes, nothing," - remembers Ron Dennis - "I remember the laughter and the fun. It was something of childish, but at the same time it helped to maintain a very good climate within the team. "

Gerhard remembers Ayrton driving the Lotus 98T belonged to the champion and talking to the Italian microphones: