Ayrton Senna da Silva was born on March 21st 1960, in the district of Santana (north of St. Paul), as second son of F. Neide Senna and Milton da Silva; his father, owner of several hectares of land, leads an agricultural activity which guarantees to his family a higher lifestyle than that of Brazilian families.

In a country devastated by social and economic problems, Beco (Ayrton was so called by his family and his friends), always remembers the love and the affection received from his family, which are important for his human and sporting development. He will always be very close to his parents, his brother Leonardo and his sister Viviane (who will bring forward Ayrton’s foundation project after his death).

Milton, in his garage, builds a small go-kart that Ayrton starts to drive at the age of four years. He learns the art of being mechanic and pilot: many of his victories are due to adolescent deep knowledge of kart functions.
His debut comes in an official match in 1973 on Interlagos circuit: first place in his first race.
He runs wearing a yellow helmet painted by Sid Mosca, characterized by a green stripe and a blue band, thus forming the Brazilian flag, symbol of his country and his people. 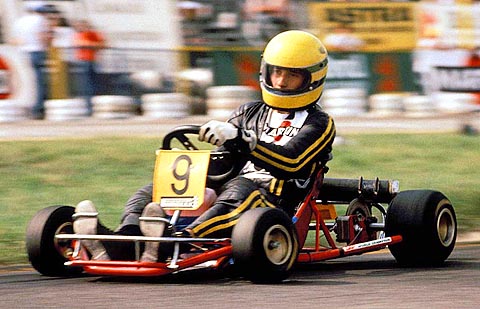 His father understands the potential of his young son and so he decides to entrust him to Lucio Pascual, called "Tche", the best coach available, who remembers Ayrton:

"He watches every detail, never would tolerate a scratched wheel or other such things."

At only 17 years old, Ayrton wins his first international title.

The next step in the international arena is the participation in the world championship of 1978 at Le Mans in France. In the first test on the circuit of Parma-San Pancrazio with Parilla brothers, owners of the famous engine DAP, Ayrton is faster than Terry Fullerton, DAP official driver and world champion in 1973. It’s just the beginning of a long and loyal relationship with Parilla brothers for Ayrton by signing a contract as second pilot, even if he was never able to win the world title of the category in his career with go-karts.

Ayrton understands that to become a Formula One driver he has to leave Brazil, his family, his friends and move in the home of motoring: England. He choices the Formula Ford category, which is exceptional for putting all riders, who use the same engine, on the same level.
He wins the British Championship and the European EFDA gaining 21 victories, 15 poles and 22 fastest laps out of 29 races. 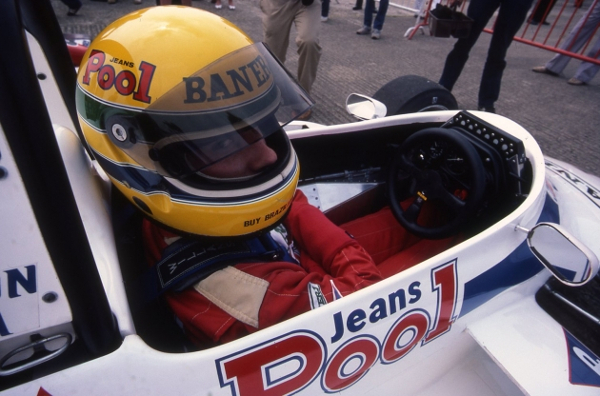 In 1983 he attends the British F3 Championship by driving a Ralt-Toyota : he conquers 12 victories, 15 poles and 13 fastest laps out of 20 races. At the end of the season Ayrton takes part in the prestigious international competition F3 Macau containing a comparison of all the best drivers of the category: he starts from pole, dominated both heats and marks the fastest lap.
In this year he decides to take his mother's surname Senna instead of the paternal Da Silva used in the previous years.

During 1983 Senna plays the first tests on Formula 1 cars. He spends a day of testing with the Williams FW08C granted from Frank Williams in a session organized by the McLaren at Silverstone.
In June, Senna already holds close contacts with Bernie Ecclestone, owner of Brabham, which finds in the Brazilian's profile the ideal replacing of Riccardo Patrese.
By the way, his engagement is blocked by Parmalat, the main sponsor of the team, which wants an Italian rider as second driver.
Then Senna has to marry Toleman, strongly backed by Alex Hawkridge who offered him a contract worth £ 100,000. 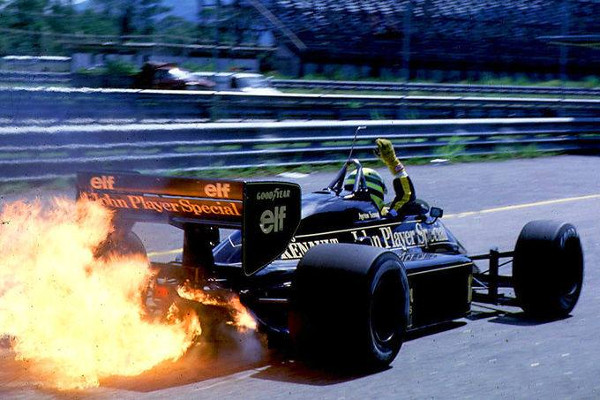