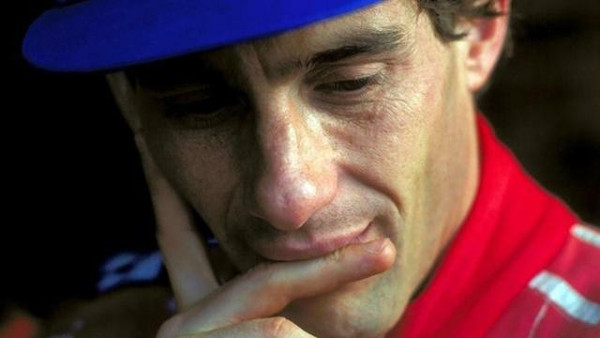 A singular story is that which binds Ayrton to Massimo, a young boy fallen into deep coma after an accident on a motorbike.
The champion goes to the hospital to see the boy in his spare time, during the Grand Prix of Imola; he has also recorded on a tape a message of encouragement for Massimo, which the parents make often listen to him.

It's a very touching story, and I think that this article written by the Italian journalist Andrea Chiarini for the daily “Messaggero” on May 4, 1994 really expresses the humility and the great heart of Ayrton.

At the following, the article in integral version:

"Senna died, the struggle continues for Massimo in a room of the intensive care unit of in the hospital in Imola. The TV is on in front of the bed where from four years lives a boy of 22 years. Guilty of a traffic accident, just a few steps from the hospital. The Senna's secret is there, one of those secrets that fill your heart with tenderness.
Massimo weeps in front of the dramatic scenes of the accident, cries silently, because he can only do this, he cannot speak, cannot move, and is assisted by her mother and 70 Red Cross volunteers who take turns continuously. Massimo weeps by rethinking of Ayrton, his voice he knows so well: a message of hope, recorded on tape, which helped him to get out coma - according to the therapy practiced before in the United States and then in use in Italy - a month after the accident.
Four years ago Senna, at Imola, was in pole position: a family friend can contact the Brazilian champion, thanks to the help of some journalists.
"Massimo is your big fan, please send him an augury" . Senna agrees, on one condition: this story must remain far from photographers and onlookers; the promise, in all these years, will be kept.
The words of Senna in original language:
"Ciao Massimo, sono Ayrton Senna, il pilota di Formula 1. Cerca di ascoltarmi se puoi, devi reagire, alzarti, ti devi fare forza perché qui tutti ti vogliono bene e ti aspettano a Imola per le prove. Speriamo che tu guarisca presto, ciao ti saluto "

Two years go by, Senna is on the podium at Imola, is third, then runs secretly in the hospital. A visit full of emotions, words, intense looks and the joy on the face of the boy lying on the bed.
"Yes, sometimes I'm afraid, but the desire to run is stronger" , the Brazilian whispers softly.

Even Sunday Massimo is in front of the TV, as in occasion of every Formula 1 race, by following Senna, his friend, but sees him crashing on the wall, bow his head forward, then the blood on the track and the helicopter that takes him away forever.

He closes his eyes for a moment; condemned to live locked up in the hospital, Massimo will continue his battle with no more hope to see Ayrton. But the will listen to his voice, as before."

The original message recorded by Ayrton was made public only after his death, the video below: