A few months before his death, Ayrton expresses to his sister the desire to do something concrete for his country, Brazil; he wants to give a real sign to all those people who worship him as a god: a sign of real and concrete trust to those people who have always been with him.

A phrase that he says during an interview on the economic and social condition of his country will always remain in the history:

"Rich people cannot live on an island surrounded by an ocean of poverty. We all breathe the same air. We have to give everyone a chance."

This desire becomes a reality few months after the death of Ayrton, with the foundation that bears his name, a private entity, founded by his sister Viviane Senna, which has one simple goal: give a chance to those who in life has never had one.

For those who wish to explore the world of the foundation, just have to click on image below: 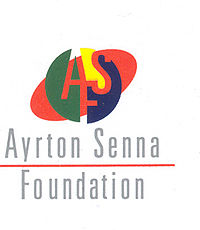